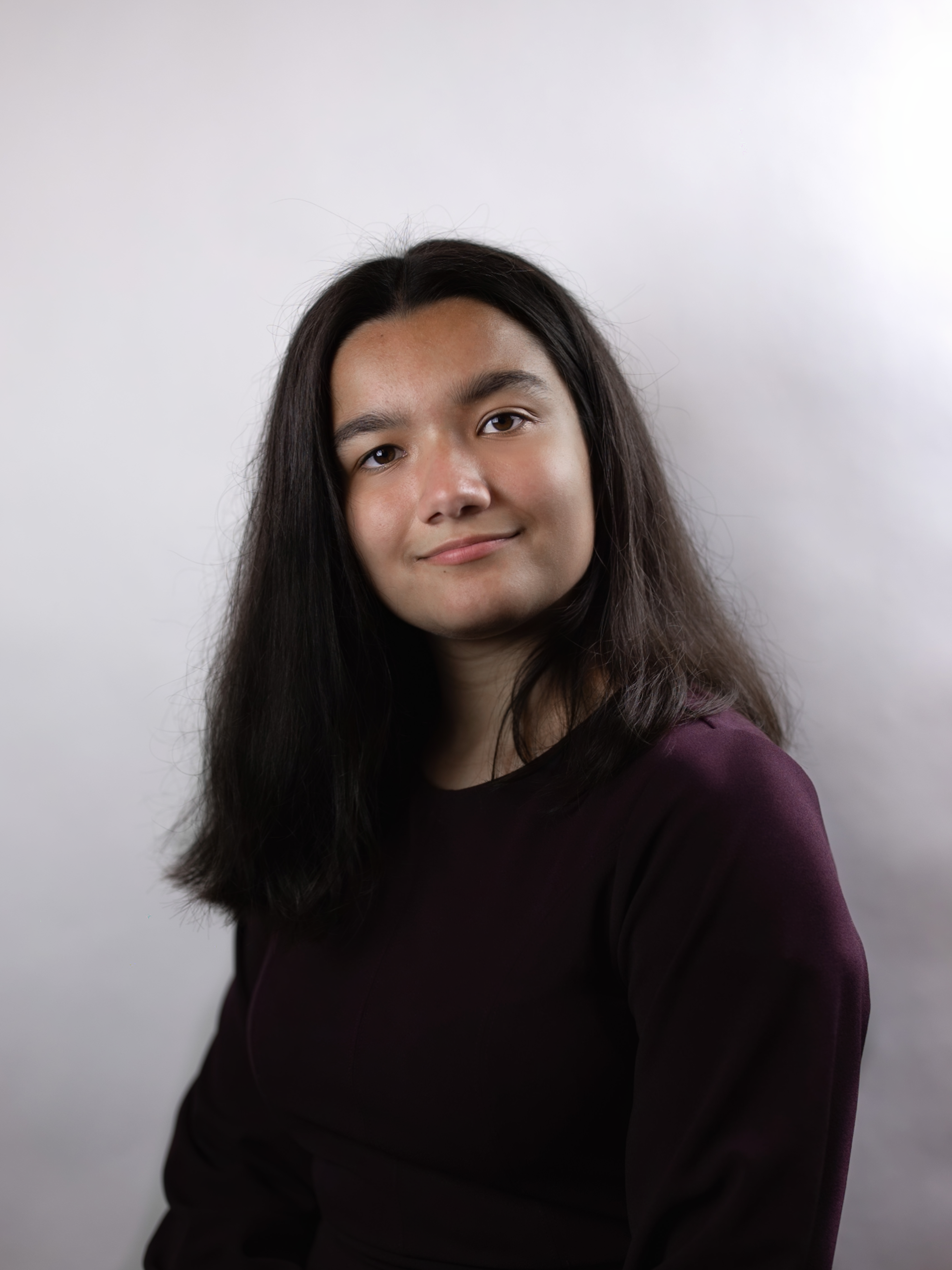 Carolyn is a former Pre-Med now inexplicably focusing on banking as her passion through the lens of a neuroscience major in the Class of 2023. Before becoming Secretary-General, Carolyn was the Chief of Staff for MUNUC 34, and the Crisis Director and Chair of the Colombia 1902 Constitution Convention at MUNUC 33. She is also a returning member of ChoMUN, where she looks forward to chairing a committee for the third year in a row. Beyond the scope of MUN at UChicago, Carolyn is president of Benzene, the College’s Chemistry Society, and is a research assistant at two labs on campus. In her free time, she enjoys playing a number of increasingly obscure brass instruments, making Alton Brown recipes, and thinking of ways to make MUNUC a more enjoyable experience for all of our members! 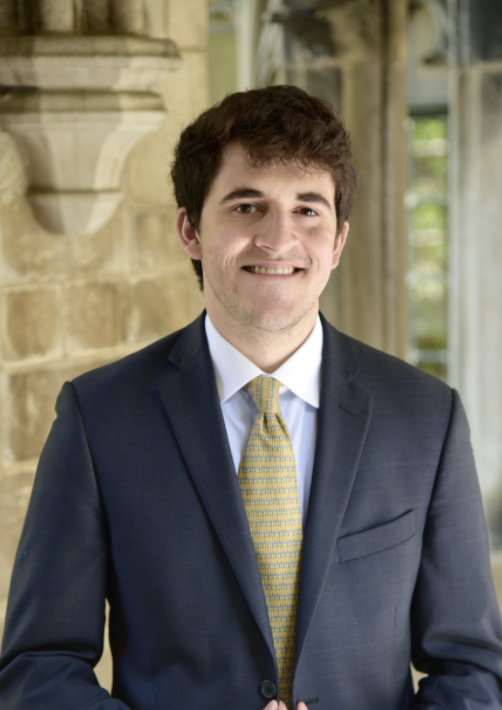 Joseph is a triple major in Mathematics, Economics, and Chemistry in the Class of 2023. Before taking the role of Chief Operating Officer at MUNUC 35, he was the Under-Secretary-General of Hybrids at MUNUC 34, a chair for the Pacific Islands Forum regional body at MUNUC 33, and an assistant chair for the Obama 2008 crisis committee at MUNUC 32. Joseph is also involved with the University of Chicago’s collegiate level conference, ChoMUN, where he has served as a crisis director for two committees. Outside of Model UN, Joseph project-manages for Maroon Tutor Match, mentors incoming UChicago students, and stress-bakes an unhealthy amount (but makes really good bread!). 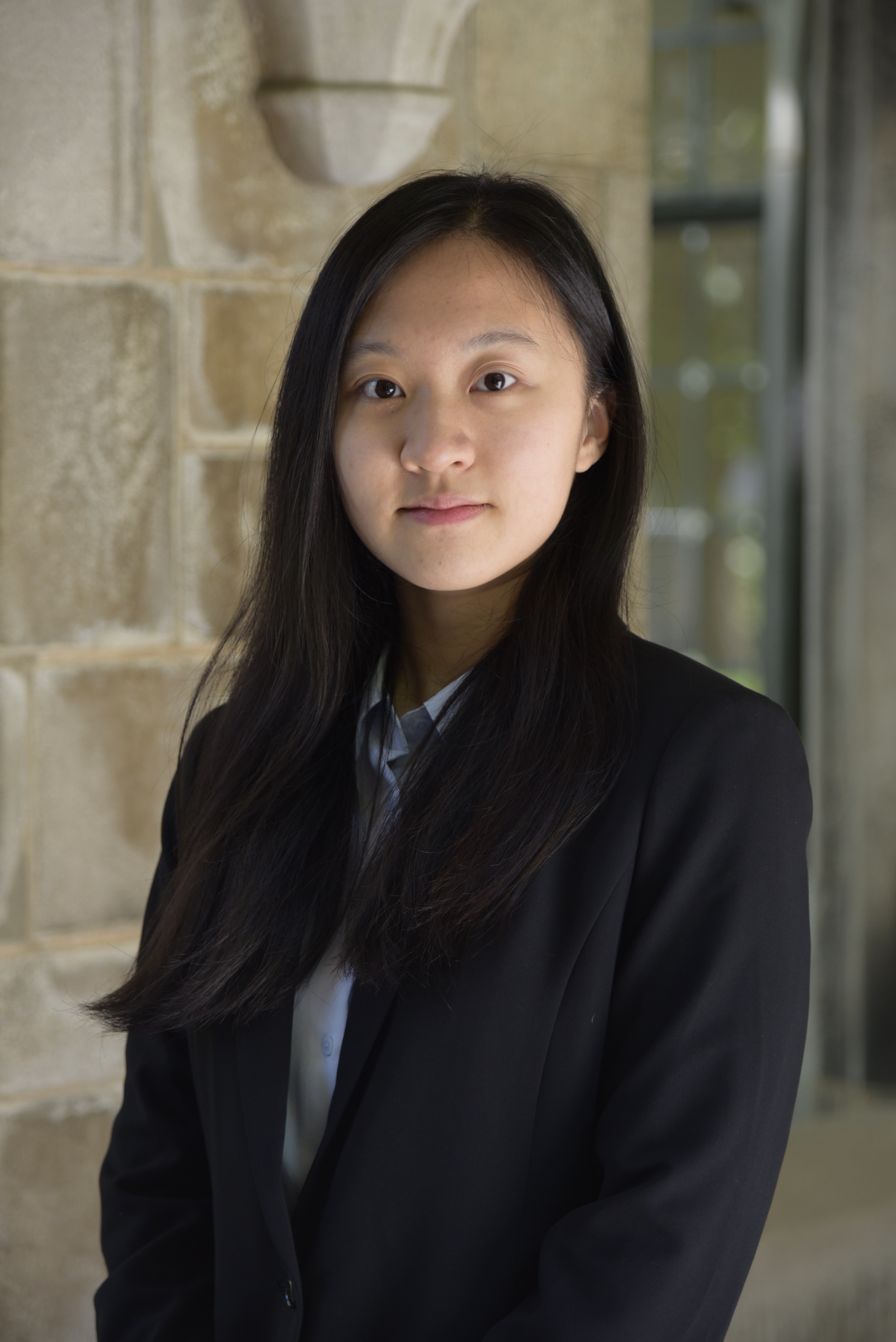 Jingwen Zhang is a Mathematics and Political Science double major in the Class of 2023. This is Jingwen’s fourth year with MUNUC. She was the Under-Secretary-General of Specialized Agencies at MUNUC 34. Before that, she chaired ECOSOC Special Meetings on Emergency Situations at MUNUC 33, and served as an Assistant Chair for the UN World Tourism Organization at MUNUC 32. Outside MUNUC, she is a popping dancer (popper) of UChicago’s hip hop dance crew. When not doing any work, she loves exploring different neighborhoods in Chicago and biking along the city’s lakefront trail. 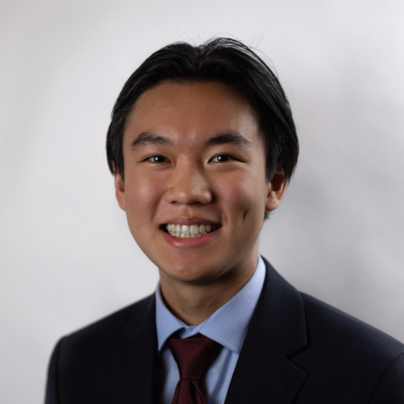 Bert Chu is an Environmental and Urban Studies, and Political Science double major in the Class of 2023. Before taking on the role of Member at Large for MUNUC 35, Bert was an Assistant Chair for the Department of Transportation for MUNUC 34. Bert is also involved with the University of Chicago’s collegiate level conference, ChoMUN, where he serves as a crisis director. Outside of Model UN, Bert is a Research Supervisor for the Chicago Project on Security and Threats. In his free time, Bert enjoys baking new recipes and spending time outside running, biking, and skateboarding. 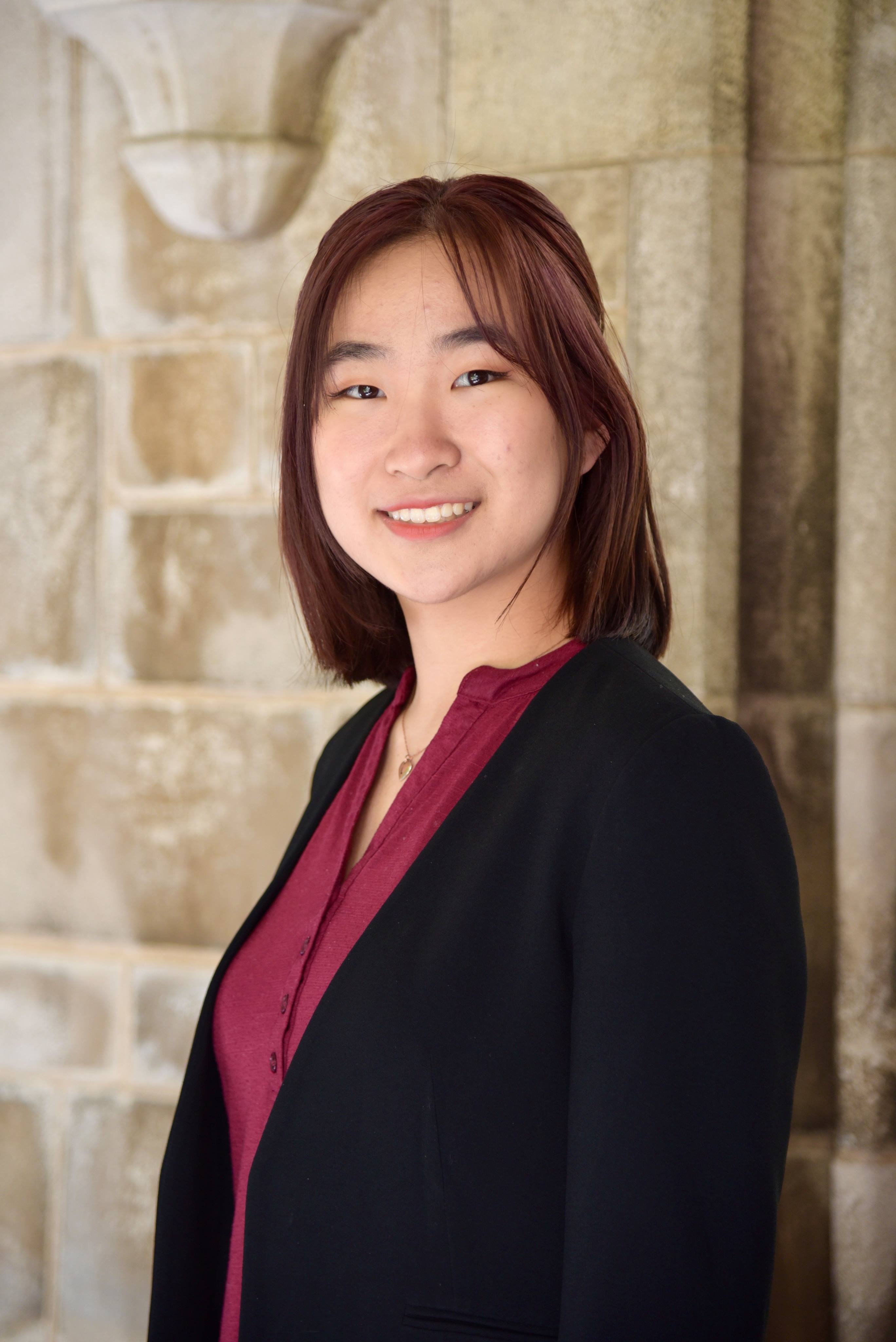 Laura Liu is a Mathematics and Economics double major and a member of the Class of 2023. Prior to serving as the Chief of Staff for MUNUC 35, Laura was the Chief Financial Officer of MUNUC 34. She also served as the Deputy Director of Branding for MUNUC 33 and as an Admin Staff member for MUNUC 32. She is incredibly excited to continue to build MUNUC as the best student organization on campus. Outside of MUNUC, you can find Laura gaming, baking, or FaceTiming her cat Sesame. 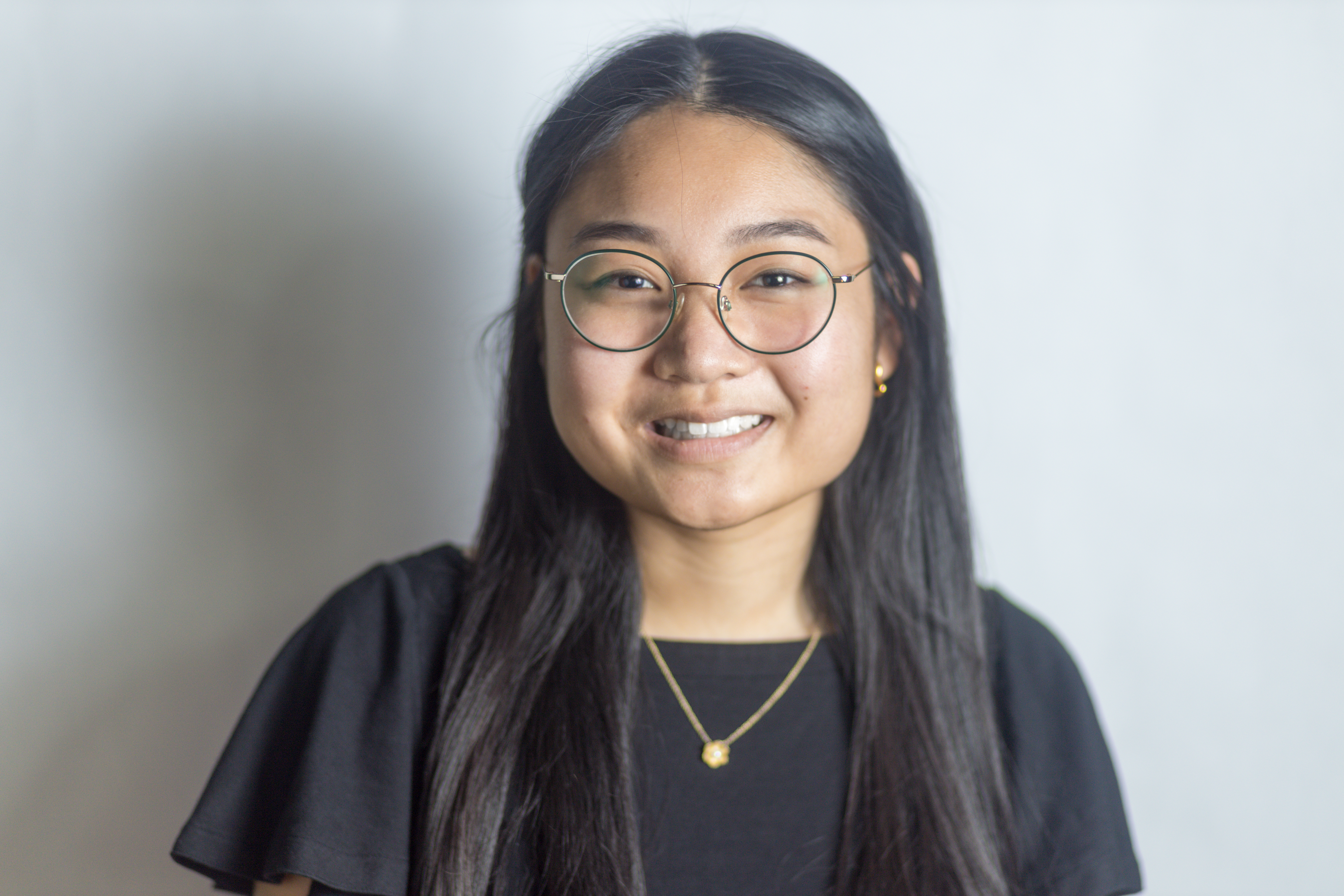 Christine Jonglertham is a third-year majoring in political science with a minor in data science. Before becoming CAO, Christine was the Deputy Director of Administration. She has been active throughout Model UN, participating as a chair for MySpace 2008 at ChoMUN XXV, as an assistant chair for previous MUNUC and ChoMUN conferences, and as a competitor on the college circuit. Additionally, she has been involved with research in American politics through the Paul Douglas Institute and the Chicago Project on Security and Threats. Outside of academics, Christine enjoys listening to music, watching let’s plays, and reading. 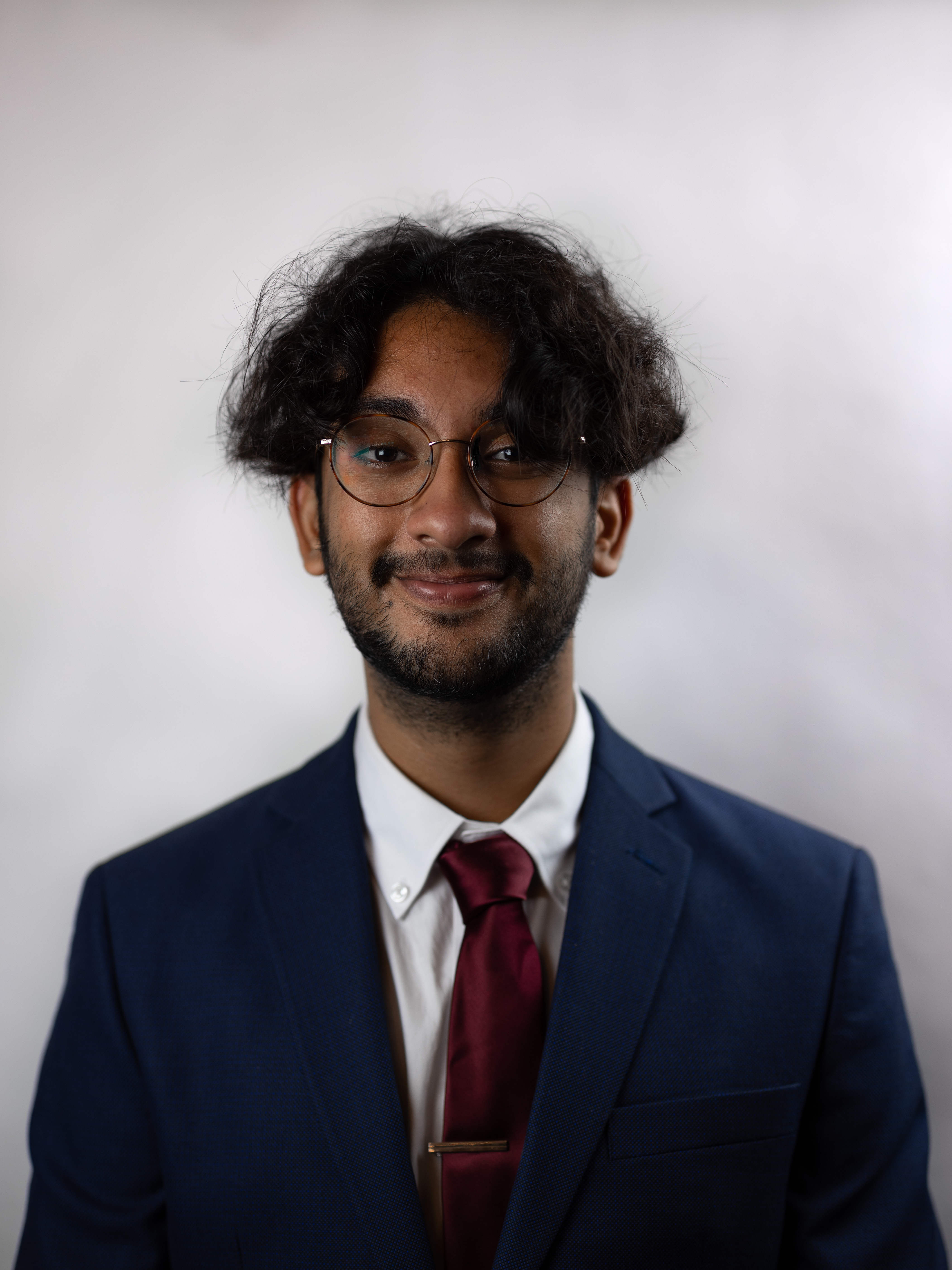 Ramarko Bhattacharya is a third year Computer Science and Economics double major. Prior to serving as CTO, Ramarko was the Deputy Director of Technology for MUNUC 34. He has also competed on the prestigious University of Chicago Model UN travel team, and is involved in the collegiate UChicago Model UN conference, ChoMUN. He is also the President and Chair of the UC Open Data Project, as well as a board member of the UChicago Institute of Politics TechTeam. He is also involved in Robotics research at AxLabs at the University of Chicago. In his free time, He enjoys playing guitar, biking, and napping. 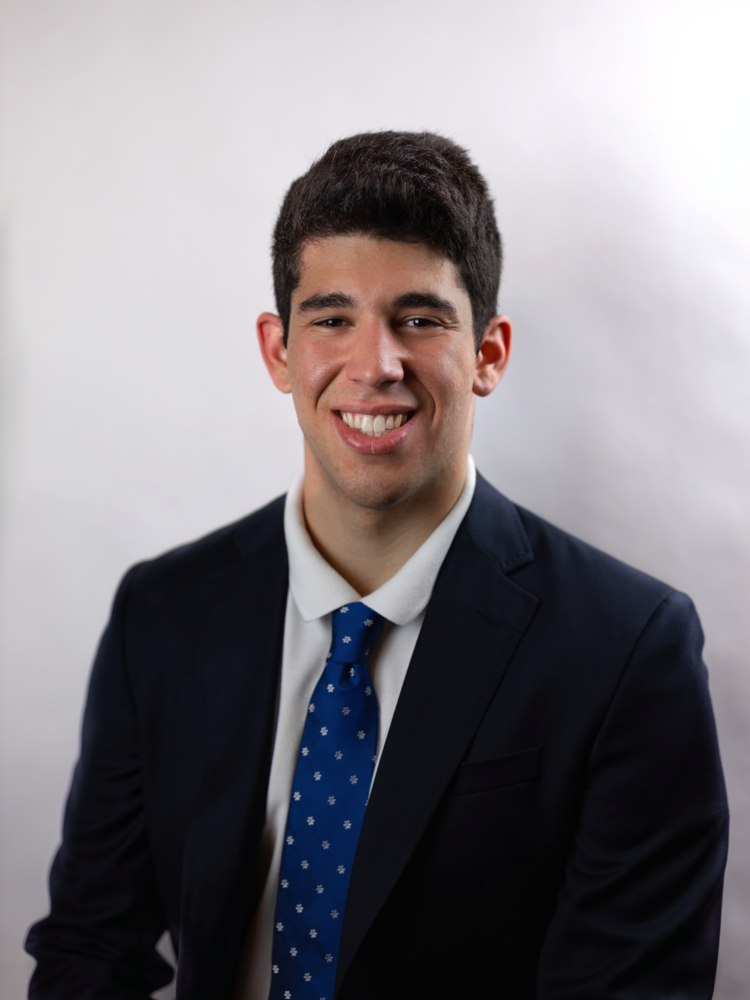 Ariel Barnea is a third-year student in the College double-majoring in Astrophysics and Public Policy. Before serving as MUNUC 35’s Chief Financial Officer, Ariel served as MUNUC 34’s Deputy Director of Delegate Training, and was an Assistant-Chair for MUNUC 33. In the MUN sphere, Ariel serves as a Crisis Director for ChoMUN, UChicago’s collegiate Model UN conference, and competes with UChicago’s MUN travel team. Outside of MUN, Ariel conducts Cosmology research in the Computational Science Division of Argonne National Laboratory and serves on the Advisory Board for UChicago’s Mentoring Program and as an Orientation-Team Leader for incoming students within the College Programming and Orientation Office. He is also a Student Visit Coordinator with the Office of College Admissions at the University. In his minimal free time, he enjoys biking, trying different restaurants and cafes, watching TikToks, and adventuring.

Under-Secretary-General for the General Assembly 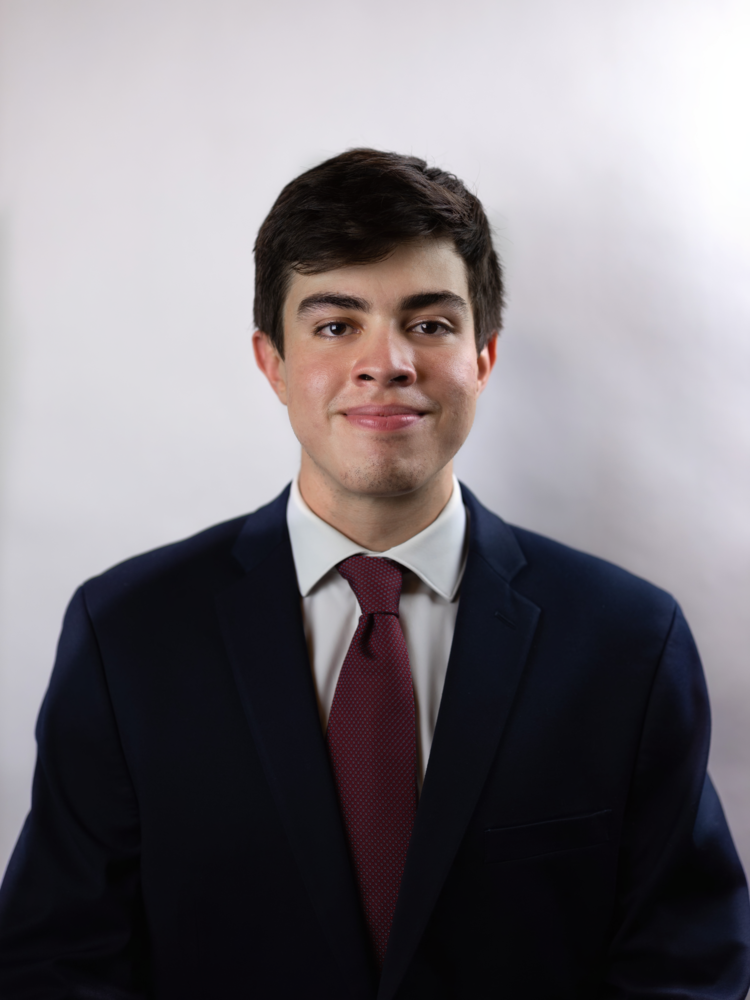 Marcos Lopez II is a third-year Biological Chemistry and Chemistry double major in the College. This is Marcos’ third MUNUC as a staffer, but sixth total. He served as the Chair for the IAEA at MUNUC 34 and a Moderator for ECOFIN at MUNUC 33. Outside of his MUNUC obligations, Marcos is also involved as a Crisis Director for ChoMUN, UChicago’s collegiate MUN conference, competes with the Team, and conducts vaccine research in an immunology lab on campus. When not being consumed by the demands of the College, Marcos loves reading comic books, listening to the same five artists on Spotify, and finding new restaurants in Chicago.

Under-Secretary-General for the Economic and Social Council 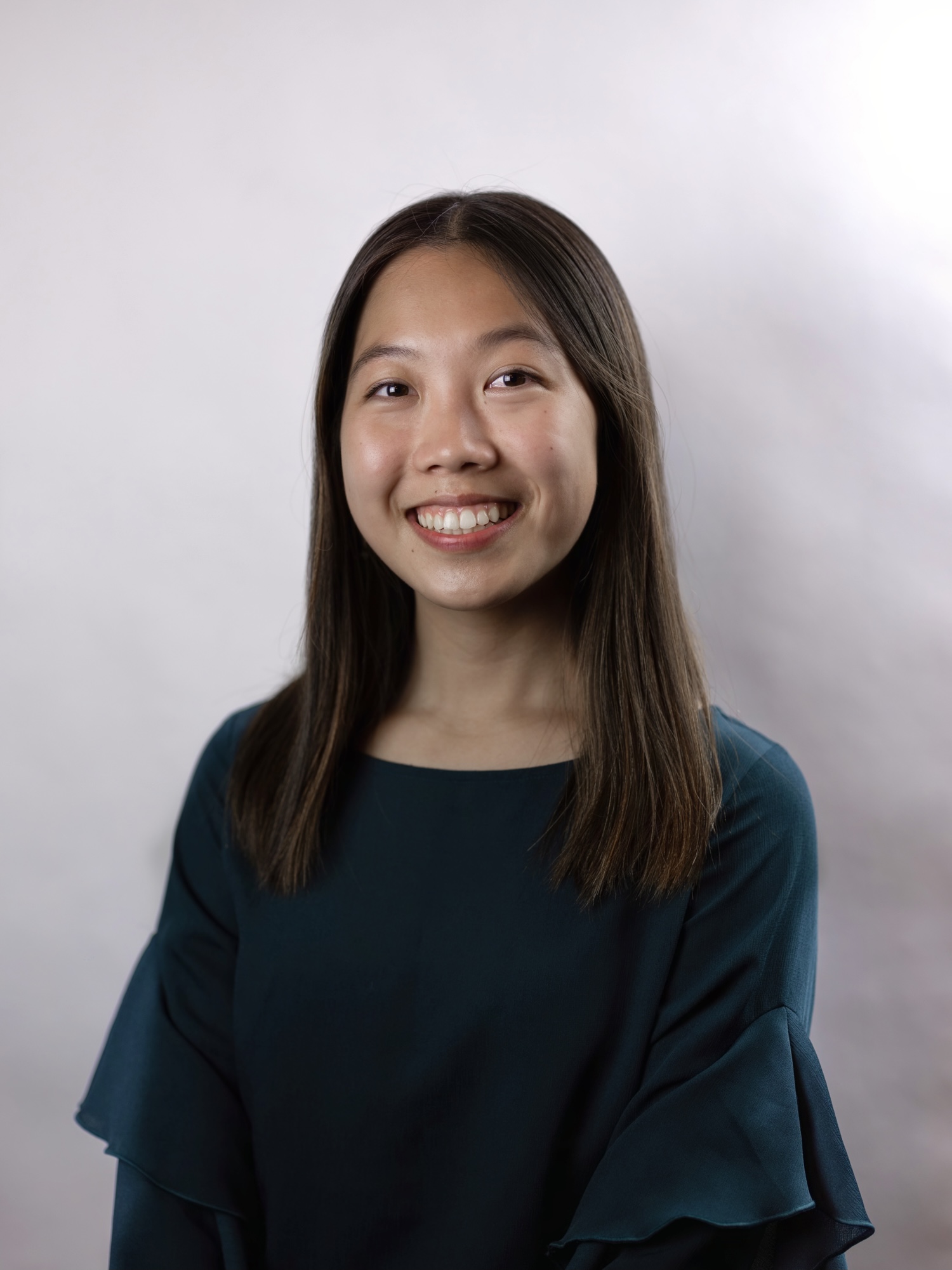 Helen Wei is a third-year Biology and Public Policy double major at UChicago. Before serving as the USG for ECOSOCs for MUNUC 35, Helen was not only the Moderator for the African Union for MUNUC 33 and the Chair of UNESCO for MUNUC 34, but she also attended MUNUC as a delegate for all 4 years of high school! Helen competes on UChicago’s travel MUN team and is chairing ChoMUN, UChicago’s collegiate MUN conference. Outside of MUN, Helen is on the board of Bridge to College, which aims to make applying to college more accessible for Chicago Public School students, and MEDLIFE, a public health focused organization. She also conducts research in a cancer biology lab on campus. In her (sadly) very limited free time, Helen can be found binging reality shows on Netflix, cooking new foods for her food instagram, or exploring Chicago with friends. 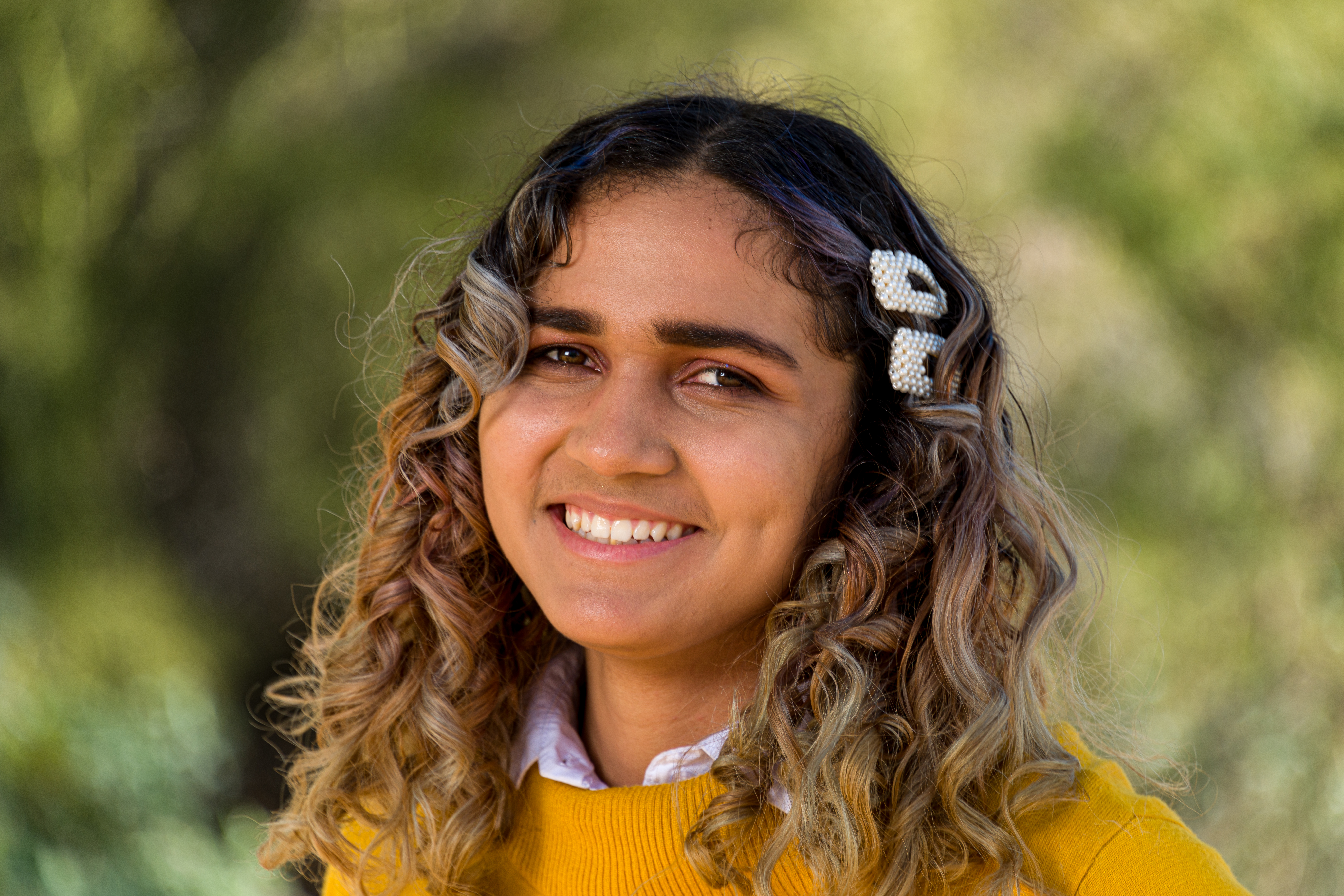 Nina Hafner is a double major in Public Policy and Economics with a minor in East Asian Languages and Civilizations in the Class of 2024. Before serving as USG for Specialized Agencies for MUNUC 2024, Nina was an Experienced Assistant Chair for the Arab League for MUNUC 34 and an Assistant Chair for the Kingdom of Hejaz committee during MUNUC 33. Outside of MUNUC, Nina is also involved with ChoMUN, the collegiate Model UN organization on campus, and neXus Dance Collective, UChicago’s KPop dance cover RSO. When she’s not ping-ponging between RSO activities, classes, and her job as a Resident Assistant, Nina enjoys making massive quilts, writing, and watching (exclusively) bad movies. 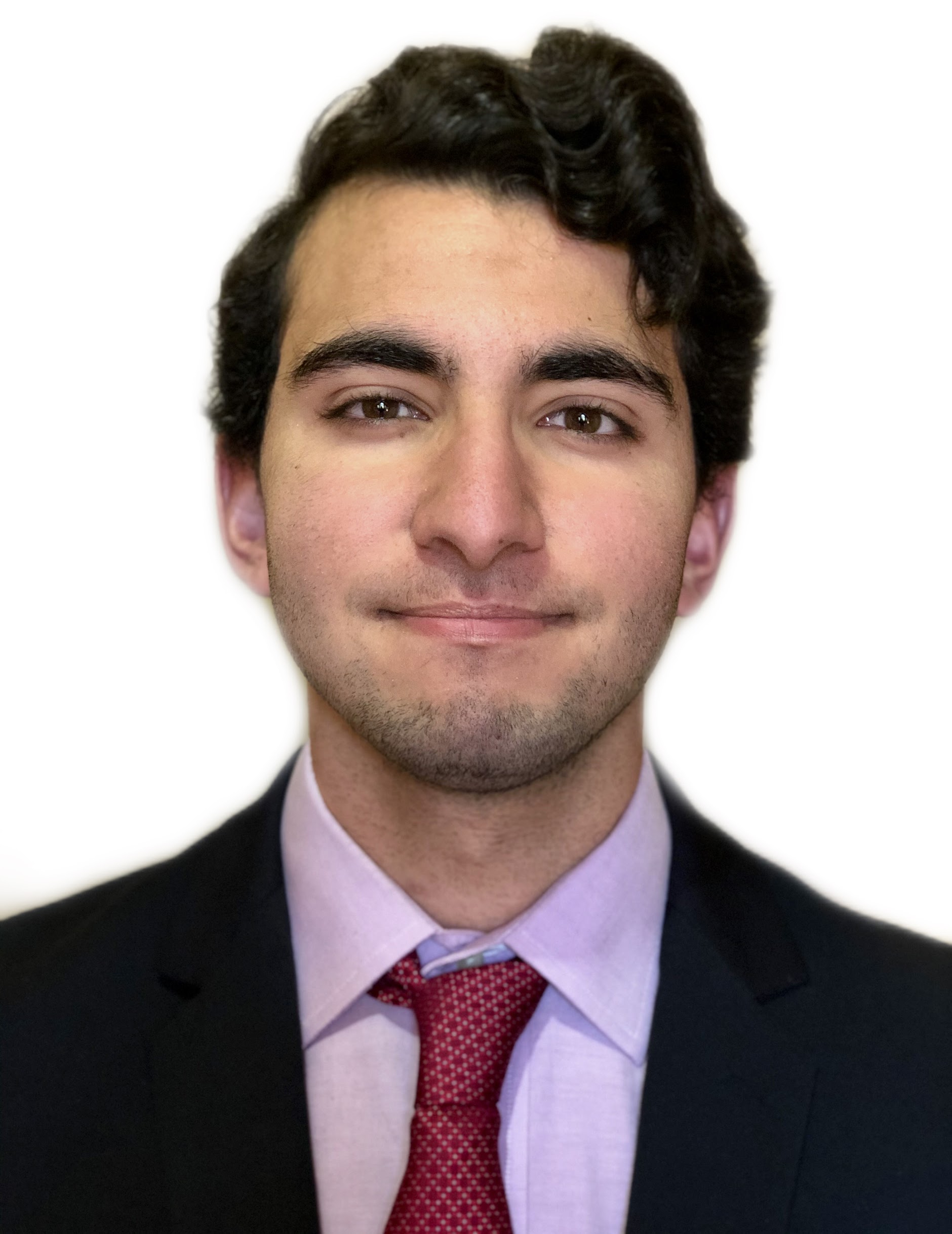 Zane Khader is a third-year in the College majoring in Economics with a minor in Near Eastern Languages and Civilizations. An avid lover of Middle Eastern culture, cuisine, and geopolitics, he chaired the Arab League committee in MUNUC 34 on the topic of the Yemeni Civil War, he was an Assistant Chair for the Kingdom of Hejaz crisis committee in MUNUC 33, and he frequently participated in Middle East-based committees as a delegate in high school. Zane is also involved with ChoMUN, The Blue Chips Investment Club, International Leadership Council: Finance, and UChicago Private Equity on campus. Beyond that, Zane spends most of his free time adhering to his strict workout/lifestyle regimen and trading financial derivatives as part of his hedge fund start-up. 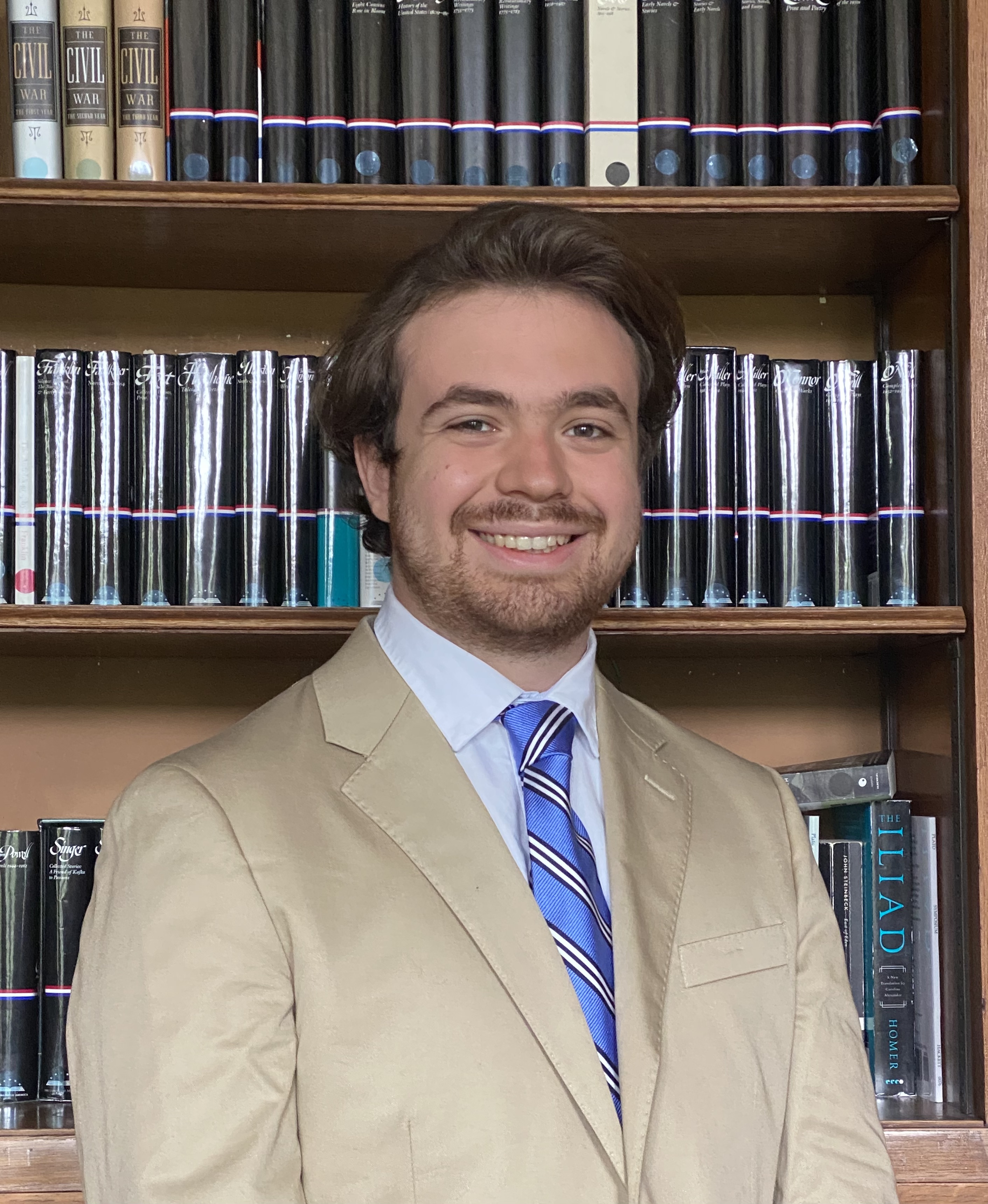 Pascual is a third year student who is majoring in economics and public policy, and he comes from Santiago, Chile. He has chaired a committee on the Federal Republic of Central America, and he was EAC for the Peru-Bolivia Confederation last year. Besides MUN, he loves spending time with friends, chilling while reading a good book, or watching a good Netflix show. He also plays piano and loves to cook (although he might not be very good at it). He actively participates in Promontory Investment Research, MUNUC, and dedicates some time to his Phoenix House, which, in fact, is the best House. 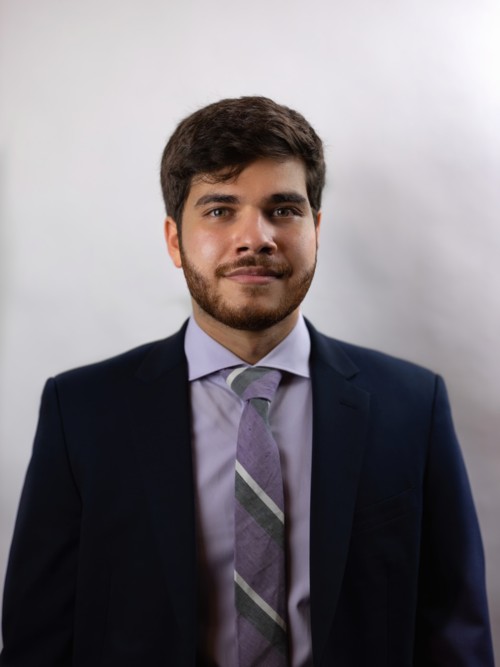 Danny Seplow is a fourth year student in the College majoring in History. He has previously served as a Crisis Director for the Senate and Advisors of West Berlin in MUNUC 34, as a Chair for the Kingdom of Hejaz in MUNUC 33, and as an Assistant Chair for the Kingdom of Oman in MUNUC 32. In addition, he is involved in ChoMUN, the collegiate Model United Nations conference hosted by the University of Chicago. When not busy with Model UN or school work, Danny can be found attempting to catch up on sleep, making playlists on Spotify, or taking walks around Hyde Park.